The oenologist Gaspare Buscemi is considered an outsider because since 1966 he has been focusing his "attention" on the recovery and revaluation of the so-called "rural traditions" in L. Veronelli‘s own words, offering his support to real producers, who had made great natural and artisanal wines long before the industrial era.

Since 1973, as an artisan and a winegrower, he has been vinifying and bottling on his own and since 1982 transforming the grapes of the winegrowers he collaborated with. All of this to give the winemaker the opportunity to make his own vine in wine and thus qualify himself as a "vigneron". In 2011 he completed his professional training becoming a winemaker too. 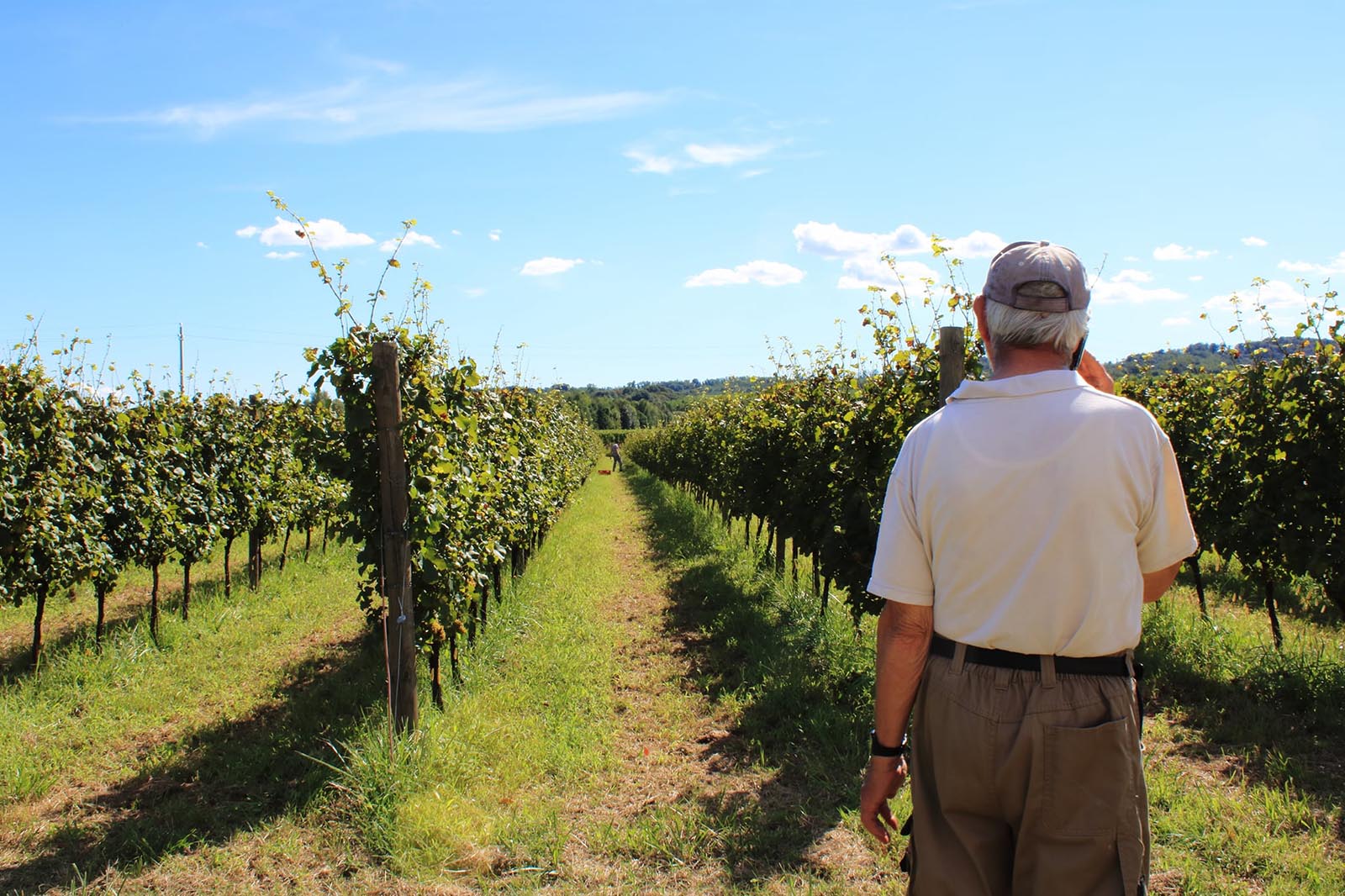 Area:
the Collio of the Zegla zone in Cormons, the Colli Orientali of the Corno in Rosazzo zone, the Grave del Friuli of the Colloredo mountains of Monte Albano.
The oldest wine productions come from the Collio of Oslavia, San Floriano and Grave of Soleschiano in Manzano.

Target:
the main concern of the estate is to express the territorial quality of the grapes with the utmost care and honesty through the culture of the peasant in the vineyard as well as of the artisan in the cellar. All of this to produce wines that, for quality and image values, can be compared to the highest market levels.

Evaluation:
unique wines capable of properly evolving overtime achieving "a balance that is perfected in roundness" (in L.Veronelli’s own words), and an aromacity that with floral and fruity hints acquires depth and complexity. All of this in order to realize the possibility of a long conservation and of a qualitative growth of the wines.

White wines are enriched with notes of honey, flowers and fruit jam, both white and yellow. Hints of spices, dried fruit, undergrowth, fine mushrooms and a finish of truffle. The unfading colour enhances the wine intensity.

Red wines: since the beginning red and violet-blue fruit accompanies small berries. The becoming evolves into sensations of jam, notes of undergrowth, coffee, cocoa, aromatic spices as cinamon and cloves, blond tobacco. More and more intense the orange and the reddish brick tones of the wine.

Refermentation in bottle is made from a cuvée of wines of various old vintages and of fresh must added in such quantities as to provide the necessary sugars, exclusively of grape, suitable to refermentation.

Intense straw colour with green nuances. Fine and persistent perlage. The nose is broad and complex. The olfactory vivacity is also expressed in the sip, rich and consistent. Creamy and balanced too.

It can be served with an extensive range of dishes. 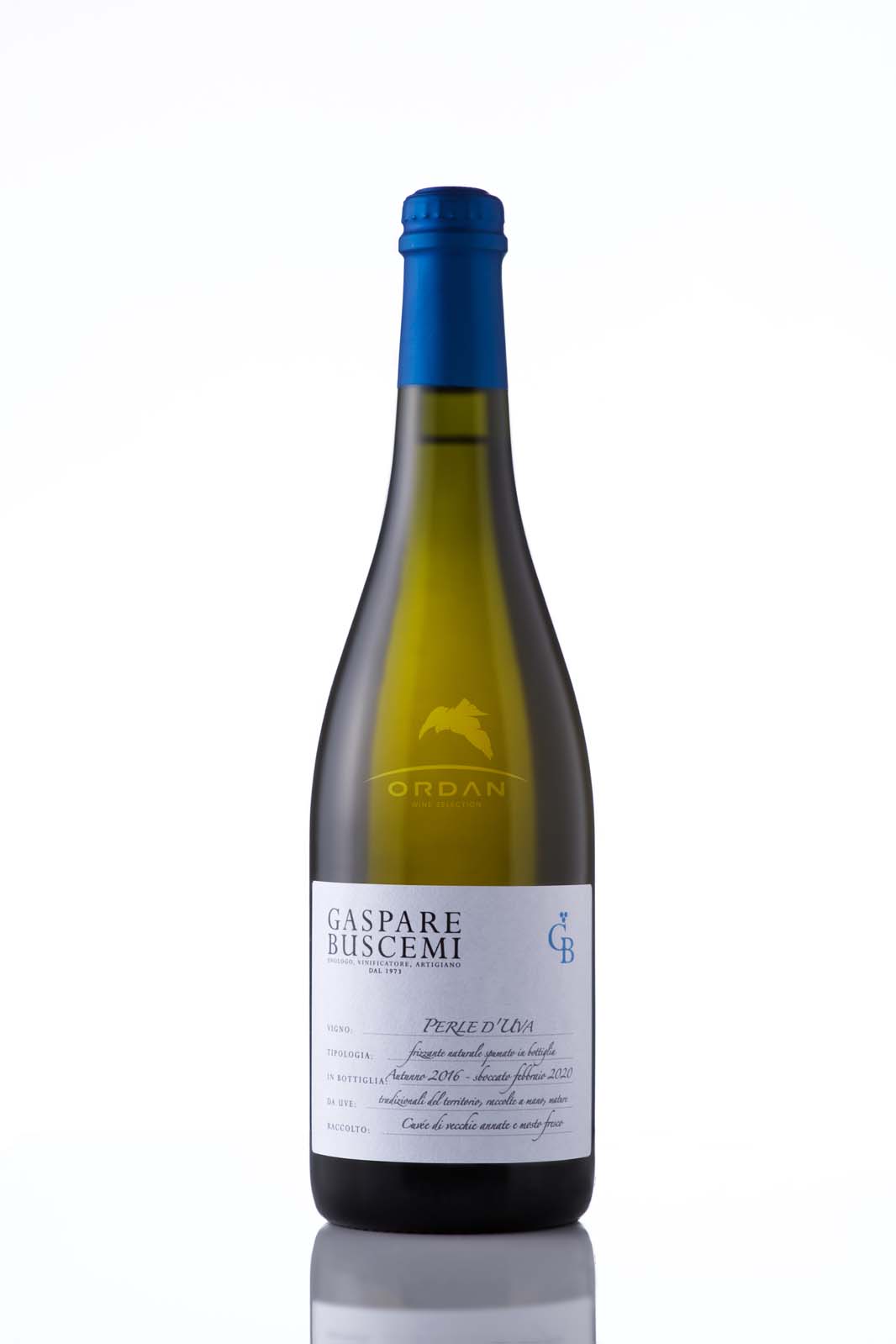 The harvesting and vinification of the grapes take place in the wine with machines created by Gaspare Buscemi who, in doing so, wants to guarantee the highest quality of the grapes. Spontaneous and uncontrolled fermentation in stainless steel tanks. Bottling in springsummer after the harvest and refinement in bottle.

Straw-yellow colour with greenish highlights. Intense the nose. White fruit, green spices, citrus zest and elegant mineral background. Perfect balance between aroma and taste: the mouthfeel is strong and lively. A versatile wine with a character, a vibrant crispness and a long persistence.

Pleasant when young, it can address decades. Fish and white meat dishes. Legumes and medium-aged cheese. Never hurts to try with eggs. 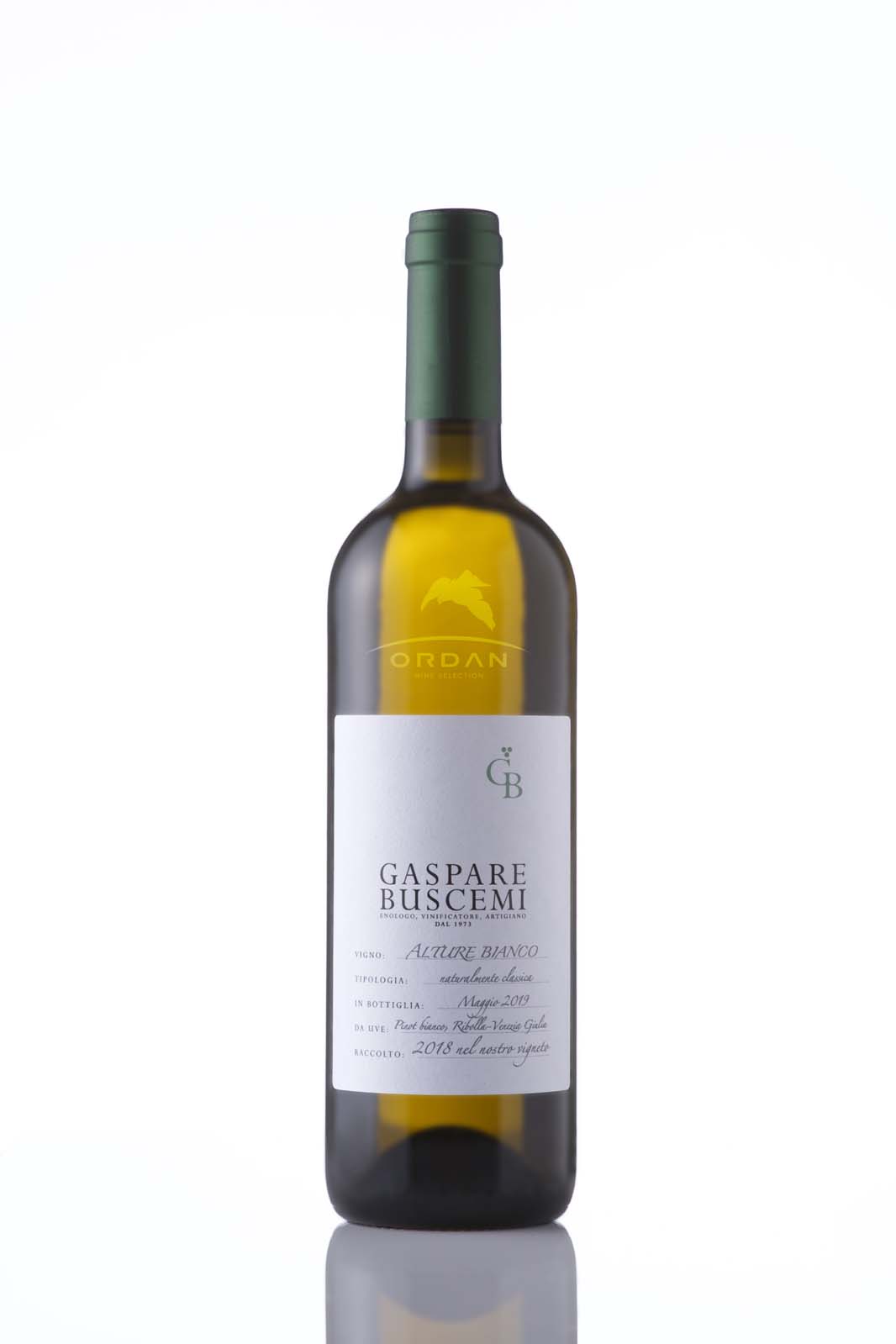 When harvest has been completed, in order to preserve the quality and the characteristics of the grapes ,the vinification process  takes place directly in the vineyard with machines produced by Gaspare Buscemi himself. In spring-summer, after spontaneous and uncontrolled fermentation in stainless steel tanks, the wine, after being bottled, is aged.

Straw-yellow colour. Elegant from the first sigh. Just bloomed white flowers and white pulp fruits. Agile structure and drink that recalls the sip. The wine walks on a double track of freshness and flavor. The next stop is "I'd like another glass".

Starters with raw and/or cooked fish. Risotto and pasta dishes. 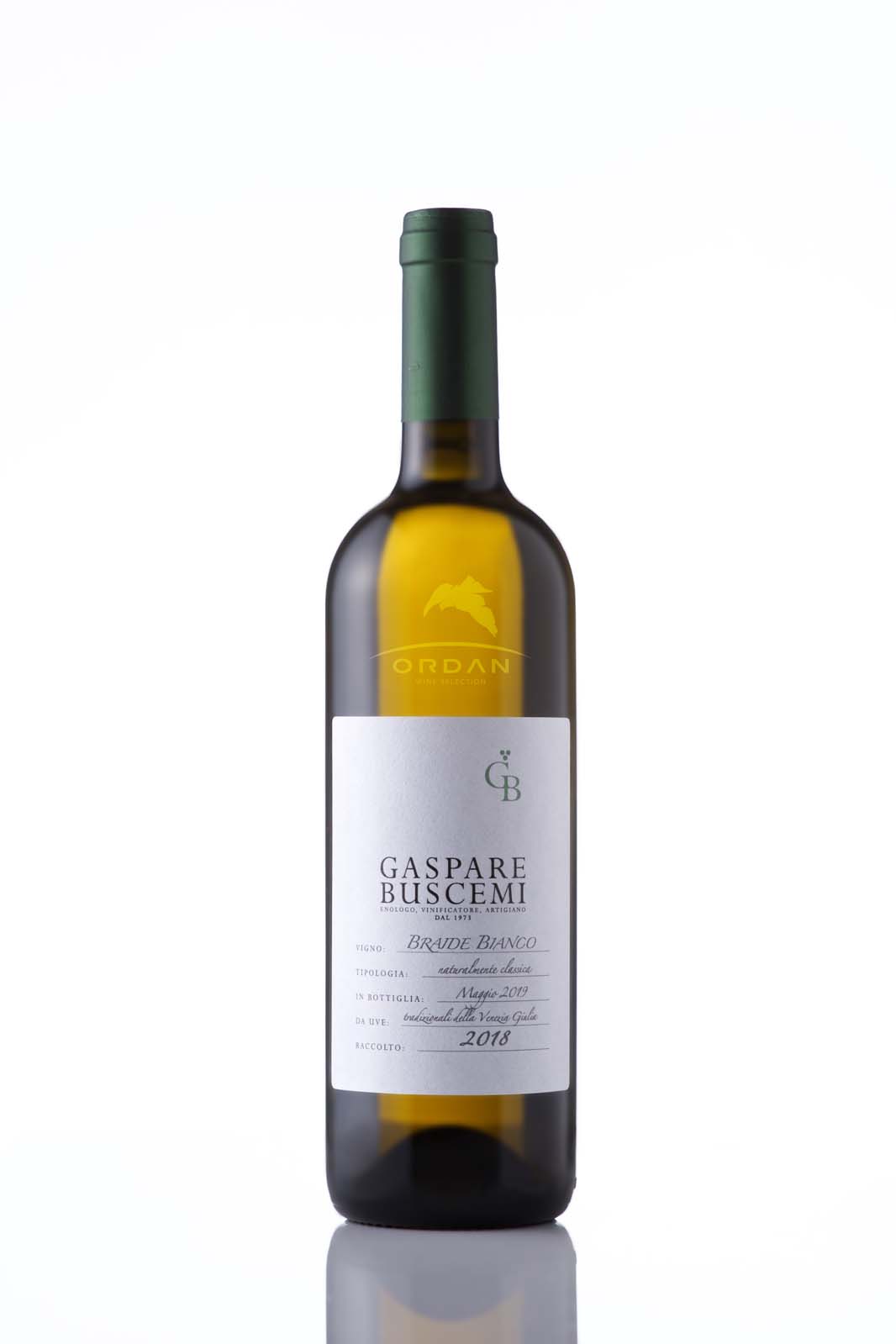 Cuvée of old vintages with a moderate alcohol content

Aging in stainless steel and then in bottle.

Green gold. The nose initially expresses aromas of spices such as thyme and nutmeg and then black pepper. In the mouth it is soft with a good structure. The balance between the parts makes VinOro harmonious.

Ideal for all courses. 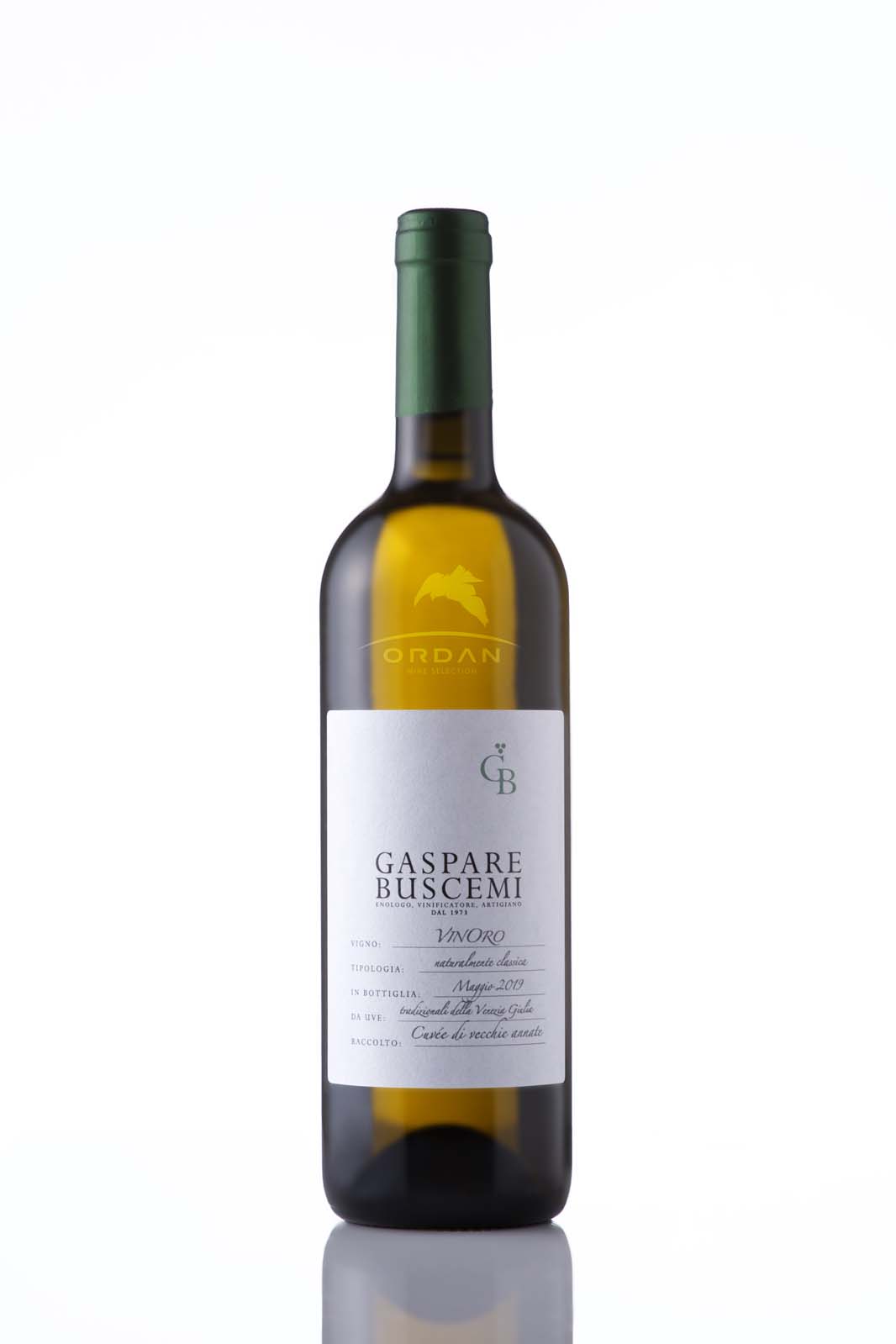 The meticulous attention to the integrity of the stems and skins during the pressing and a long contact with the skins after the main fermentation (over two months) allow the best extraction and characterization of the grape. Spontaneous fermentation takes place in stainless steel tanks in ideal environments. Bottling in spring-summer. Aging in bottle.

Intense color with violet nuances. The perfume is a perfect combination of small red fruits, cherry and plum. The mouthfeel has an important body and excellent freshness. Alcoholic content in balance and delicate tannic roundness. The wine is harmonious and good is the olfactory- taste return. 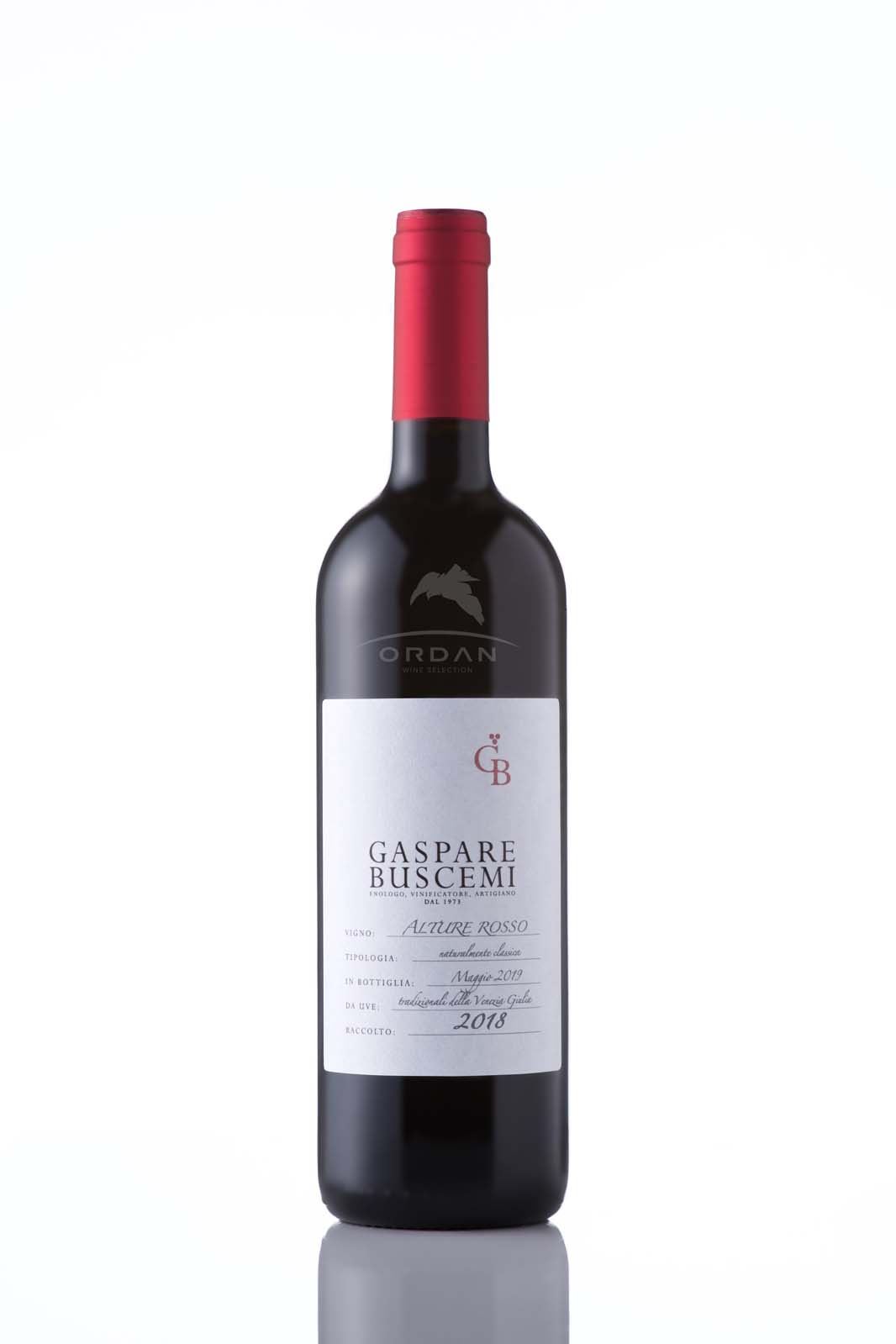 The best extraction and the complete characterization of the grape are due to the integrity of the stems and skins during the pressing, to the care of the  subsequent  pressing processes and to the long contact with the skins. The alcoholic and spontaneous fermentation lasts over two months in stainless steel tanks in ideal environments. Bottling takes place in spring-summer and aging in bottle.

Ruby red with violet nuances. The nose tells of fruits such as plum and blackberry. Delicate floral notes of violet. The taste is well modulated between good body and velvety tannins. Pleasant is the persistence.

First and second courses of meat, but also mature cheese. 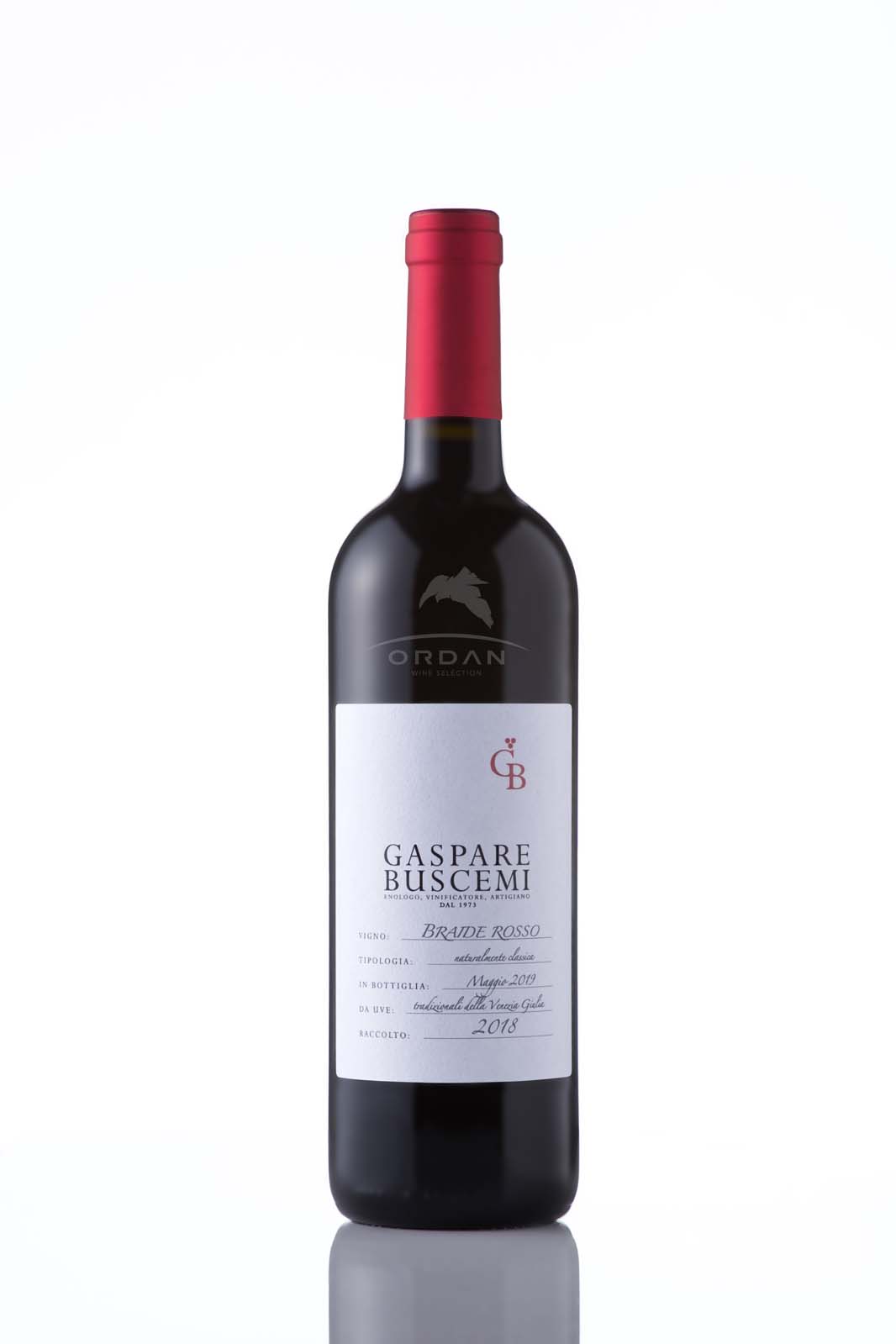 Intense amaranth red color. An intense nose of fruit enhances cherry and plum, musk and latex notes. The mouthfeel is balanced and delicate in terms of alcohol, complemented by velvety tannins and a good structure.

Ideal for all courses. 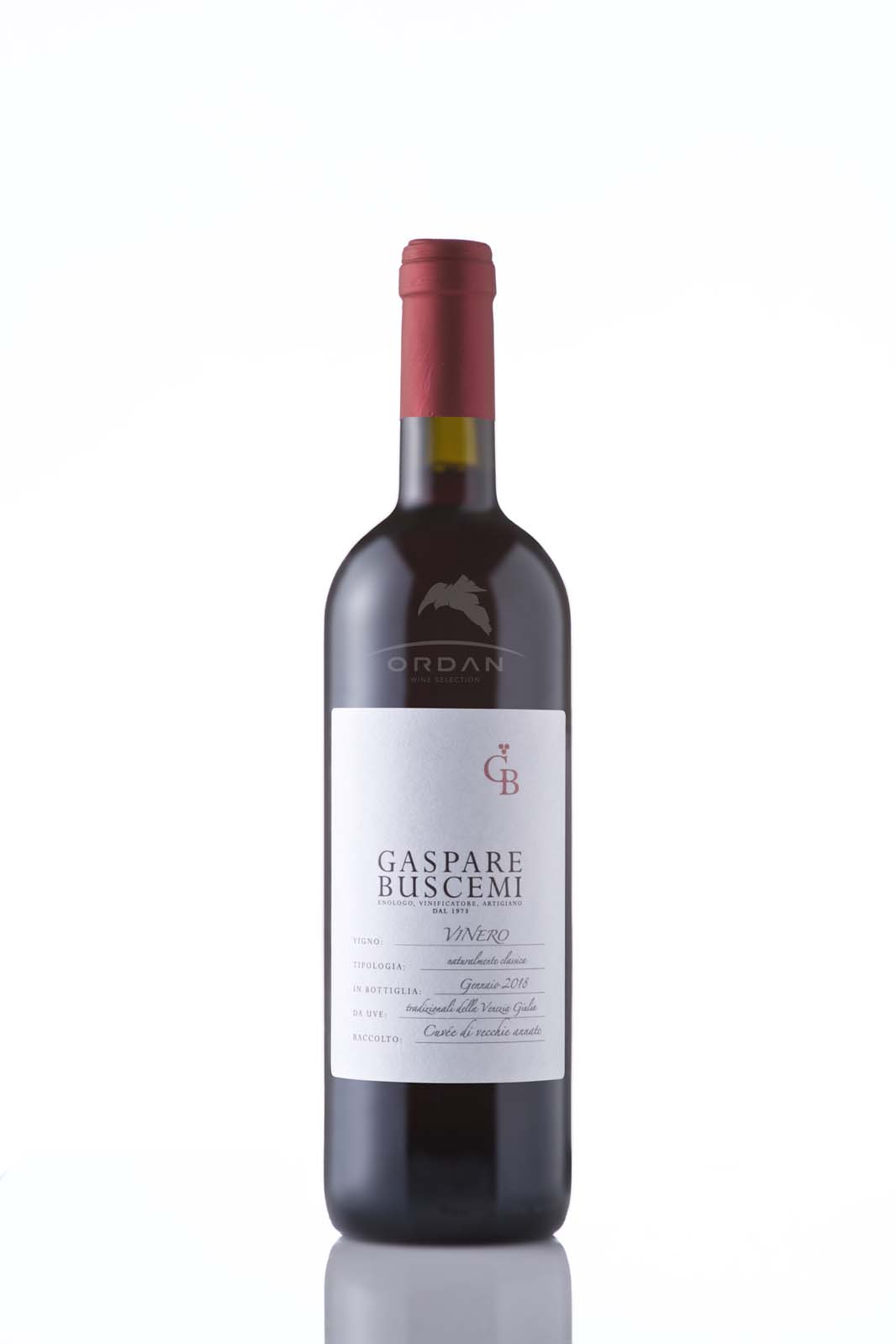